What is mobile app prototyping and why does your application need it?

What is mobile app prototyping and why does your application need it? 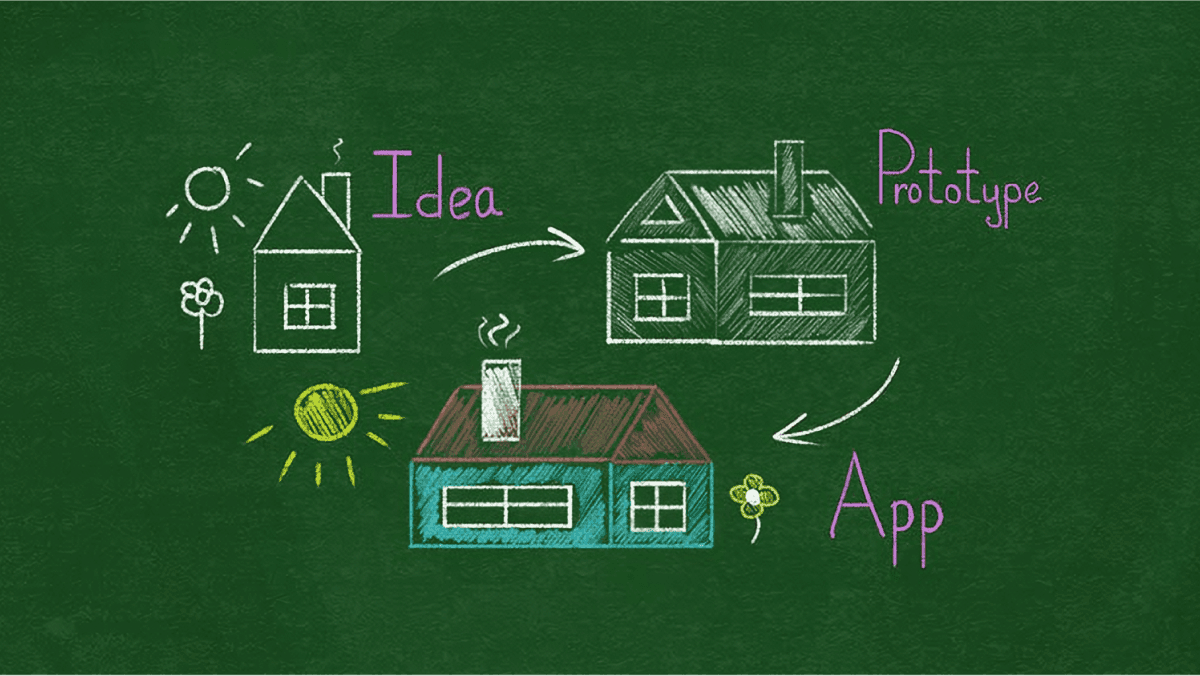 So you have an app idea but you don’t know if it’s going to work out. Maybe your concept looks like “an app that does that thing”, but it lacks detail and you don’t know whether the idea would hold up in the real world. Is it possible to test its feasibility before development?

You can do all that and more with mobile app prototyping. In this article, we’ll explore what an app prototype is, how important it is in app development, and how it can help you save time and money.

What is mobile app prototyping?

What is a mobile app prototype? It’s a model of your future app that is made for demonstration purposes and concept testing. Mobile app prototypes are usually non-functional and aren’t designed for the general public. But they can be as detailed as you want — it depends on your objective. 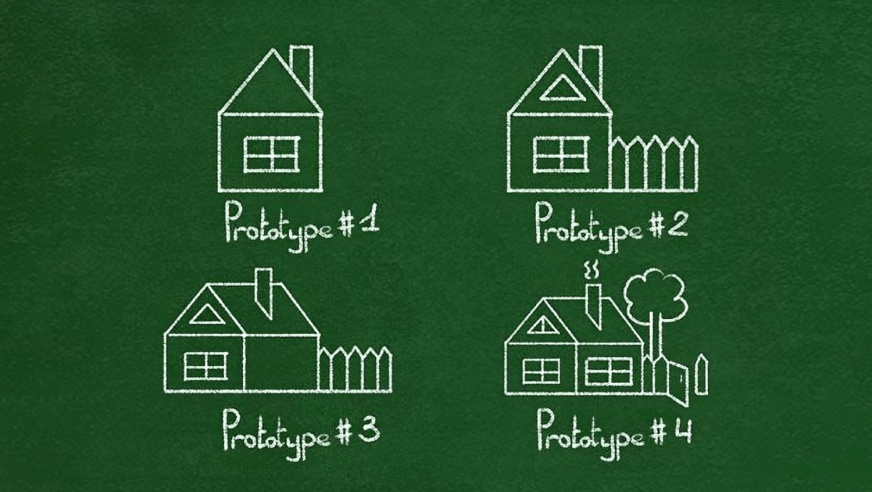 For example, let’s say you want to build a house. You can’t start building without a plan. First, you need a technical drawing — a 2D projection of your future house. Its content depends on your goal. Of course, you should include rooms, wiring, and drainage — but planning out the entire interior design at this stage is optional. The same goes for prototyping a mobile app.

But what does the technical drawing equivalent for an app look like? Let’s take a look at each prototyping stage and how to make an app prototype.

Paper prototypes: It all starts with a sketch

And we mean the sketch, done with a good old pen on paper.

If you don’t know how to prototype an app, this is your starting point. Paper prototypes only show basic app content, like the arrangement of buttons and input fields on different screens. They are not used for demonstration purposes, but they can form the basis for later app design stages — and more detailed mobile prototyping.

Wireframes are digital prototypes. A wireframe is essentially a glorified version of a lo-fi mobile prototype on paper. Wireframes look like several screens drawn in Figma, Sketch or similar software. These screens are non-interactive but they show the app logic in more detail. 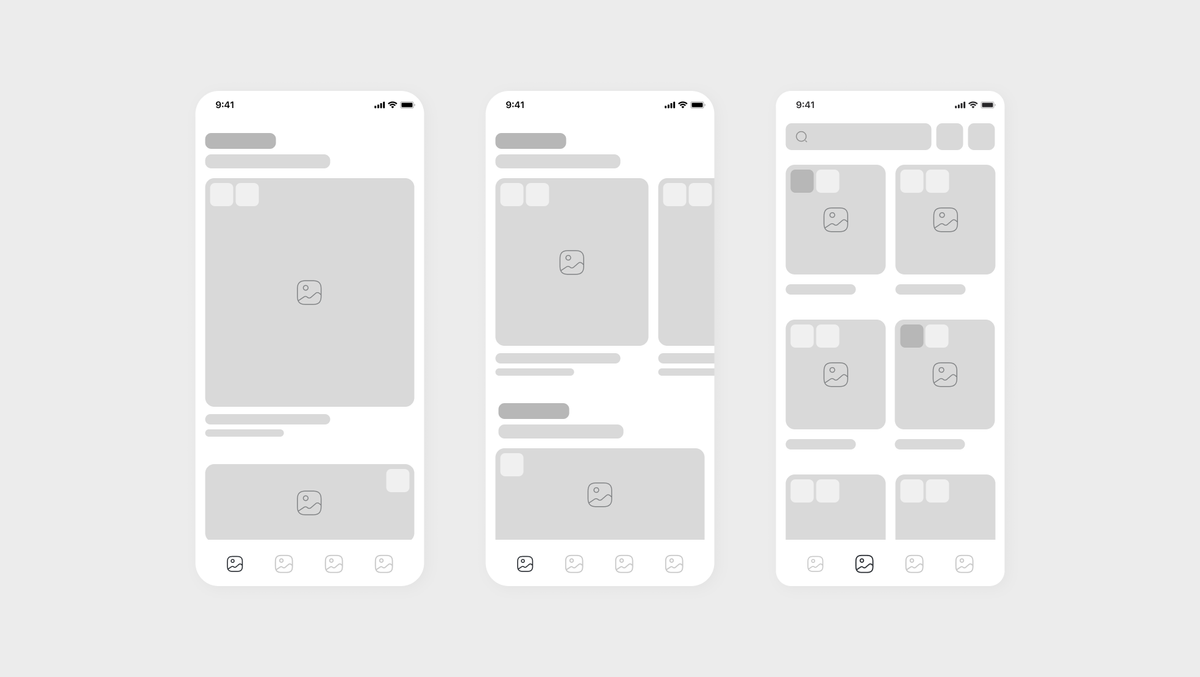 Wireframes are initially monochrome and may or may not contain the UI text — sometimes designers use the standard “Lorem ipsum“ filler just to showcase fonts. After all the feedback and changes are collated, the wireframe can get some color and look like this: 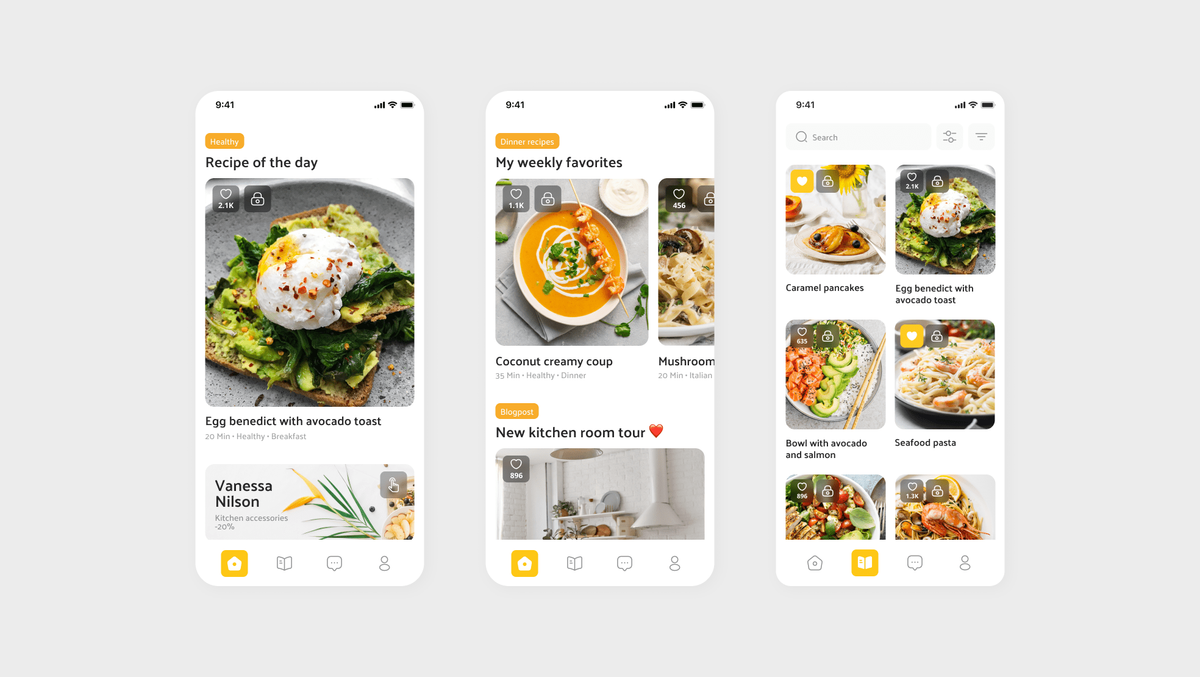 Clickable prototypes: Everything but the code

Clickable prototypes are animated versions of wireframes. They allow designers to show different button states and drop-down menus, and the logic of transition between app screens. These prototypes are great for usability testing and finding opportunities for user experience improvement.

Clickable prototypes look pretty close to the end product — but these are just a bunch of interactive vector animations. Some projects need even more complex models.

If you’re working on a complex and unique project, especially involving machine learning or AR/VR technologies, animated screens are not representative enough of your final product. In such cases, working prototypes are here to help.

You don’t have to build the entire app — coding one or two important features is enough. And you don’t have to showcase the program live — you can record a video. Working prototypes are especially great for apps with many features and modules — like a mobile audio editor similar to Garageband.

We do them all!

From paper sketches to working prototypes, we prototype every project we work with. Watch your dream app come to life step by step.

Do I really need a prototype?

Let’s get back to building a house — how can a technical drawing help to bring your idea to life? 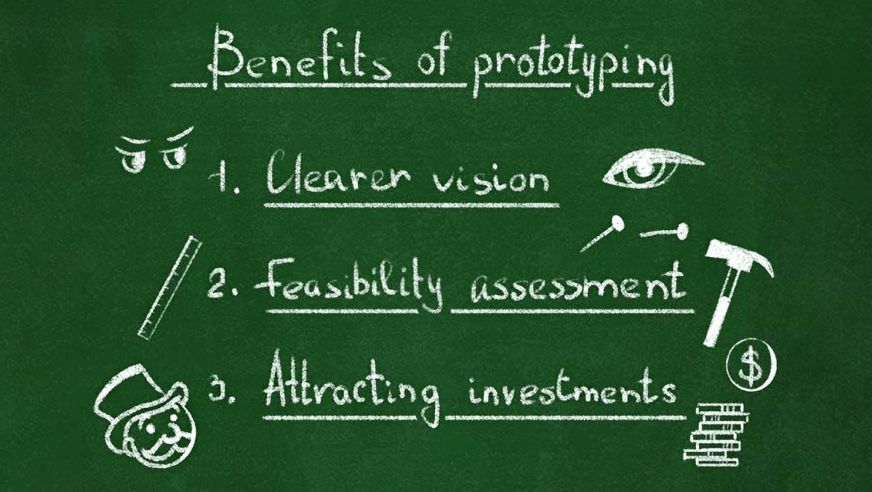 Firstly, a mobile application prototype provides you with a clearer vision for your project. With app prototyping, you can answer questions like:

And having a clearer vision means better planning, more direction for builders, and fewer problems during development.

Secondly, prototyping helps you assess feasibility. For example, when you work on a technical drawing of a house, you will discover whether your intended bedroom is too small for a king-size bed. In the world of mobile app development, prototyping helps with:

If an app is a house, technical drawings help with configuring and validating its “logic” or “layout”. For example, you obviously need a staircase to get to the second floor. And you can’t turn the bathroom into a walk-through room, so how will you navigate around the house? You can also answer questions like:

But it doesn’t stop there. The best part is that prototyping helps you attract investment.

The curious case of Moody

Meet Ethan, CEO of Moody. He came up with the idea for a health-tracking super-app that has all you need for assessing your well-being: a mood tracker, a period calculator, a food diary, and more. It also analyzes data so you can see how different habits affect your health. This was a complex project and Ethan was on a budget. He needed to attract investment quickly to build his app and his business, even though the app didn’t exist yet.

Ethan contacted Zoftify and asked us for help. To solve his problem, we suggested building a prototype. The main selling point of Ethan’s app was the detailed analysis and AI-driven recommendations for lifestyle improvement. That’s why the team of experts at Zoftify decided to prototype this part of Moody’s functionality.

First, we created a persona named Ellie and made a fictional database of her mood and physical metrics collected during one month. We even used our employee’s fitness bracelet to collect real-life daily blood pressure, sleep quality, and physical activity data to make our prototype as realistic as possible. We then interviewed a focus group and went through two feedback iterations to improve the UX. After demonstrating a more user-friendly prototype, we received final reviews that were mostly positive.

Making a prototype certainly proved beneficial. During an online meeting with potential investors, Ethan presented Moody’s concept in great detail and used our prototype to demonstrate a detailed user flow for someone browsing their statistics and receiving health advice. Ethan also presented the final feedback we gathered from potential app users. Investors were impressed and Ethan generated $200K for his project.

Ethan’s journey is purely fictional, but it’s based on a true story. The thing is, investors need to know what they’re paying for — and prototyping is a great way to showcase your app idea.

Want to attract investment for your startup?

Convince investors that your project has the ROI potential — show them a prototype. And if you know nothing about prototyping, we’ve got you covered.

How does prototyping save you time and money?

Prototypes bring details to your idea, help you to assess the feasibility of your app, and also attract investment. But Zoftify developers also love prototyping because it saves you time and money.

An average mobile app takes up to 800 hours of development, specifically: 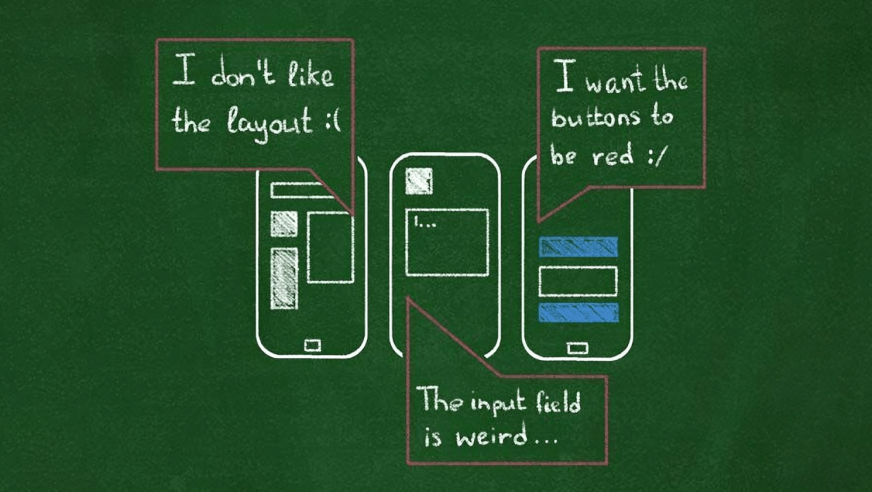 Now imagine making major UI/user flow changes to the finished app — such corrections increase development time by 30%, which means more money spent on app building. And speaking of building — imagine that you’ve built a house for someone else. They see your work and say: “I hate this wall in the middle, can you move it?” — but it’s a bearing wall. That’s exactly why you need a prototype.

A few years ago, the team at Zoftify developed an online marketplace for a client who didn’t see the importance of the prototyping stage. Our client asked us to add a search header, which we did, but after gathering initial feedback from alpha-testers, the client decided that it was no longer a necessary feature. We ended up changing the design of all the input fields to meet the new requirements, and even reworked some core parts of the search engine logic. And all of these unforeseen changes increased the initial development cost by 10%. 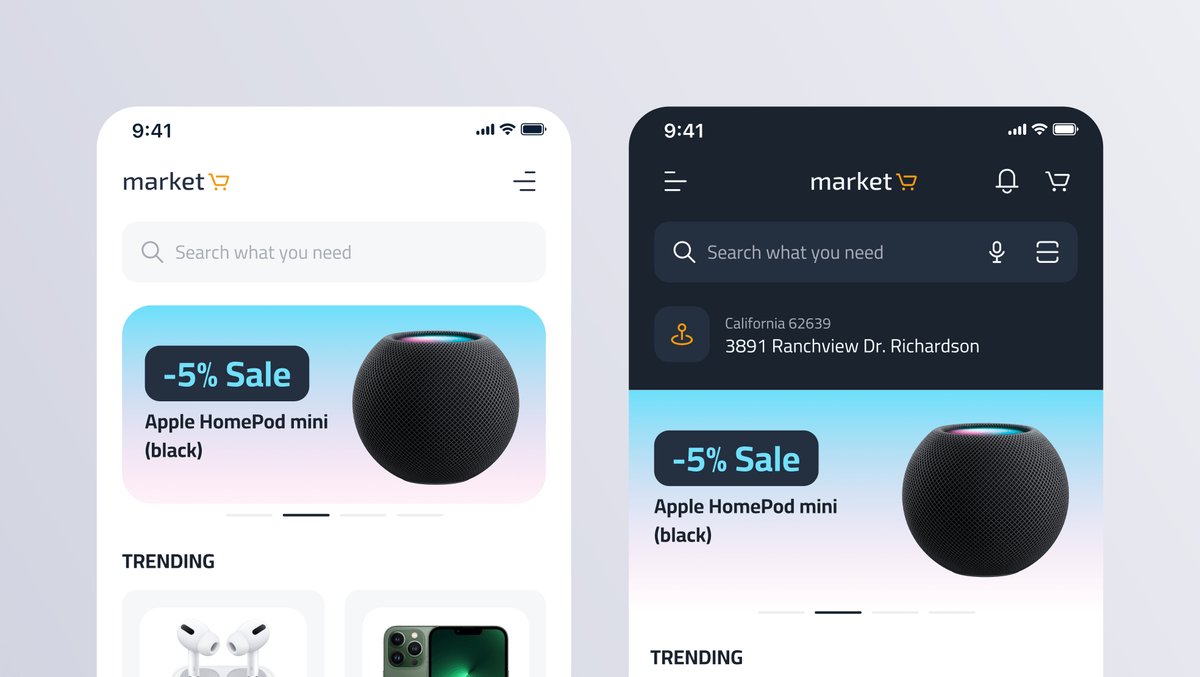 The point is, prototyping helps us avoid tearing down “bearing walls” — making changes as early as possible is cheaper and faster than reworking a finished app. Zoftify’s team cares about quality, but also your time and money. That’s why we build prototypes for every project and run them through several feedback cycles. Prototyping guarantees that we won’t have to make major changes to the finished product, and you won’t have to overpay. Put simply, the better your business is, the better we are.

Got an app idea? We’d love to work with you. Just send us a message.

What is the definition of a mobile app prototype?

A mobile app prototype is a model of a future app that is made for demonstration purposes and is not intended for general public use.

What are the different kinds of app prototypes?

Why is mobile app prototyping important?

It helps you test your idea on a small group of people, gives you a clearer vision for your project, and even helps you attract investment.